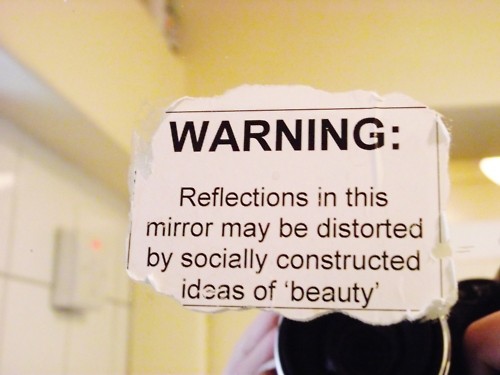 Who is this person, after all?

That’s what I’ve been saying this past week, every time I see my reflection. For the first time in my life, I’ve consciously changed my hair color. Now, a stranger looks at me in all kinds of shiny surfaces. She has very pretty hair…  whoever she is.

Let me back up a bit.

The idea has been percolating in the back of my mind for some time. A natural reddish-brunette, I have had some unintended color changes. The white streak above my right eye started making an appearance in my late teens, and I was dyeing it by my mid-twenties to blend in with the rest of my hair. It may be the fashion now, but in the late 70’s and early 80’s, all I got were Cruella DeVil jokes.

Fast forward to my mid-thirties, when I started to have white appear in a rather serious fashion all over my head. It was hard enough to be a woman in my company, and if I was prematurely grey, it would have been a serious detriment to my further advancement as an executive. Yeah – that’s so wrong, but it’s the way it was back then. The visits to my stylist now included regular coloring, but the dead white my hair was becoming refused to behave, and take full color, deciding it wanted a reddish shade closer to my childhood color.  This led to my decision a few years later to keep out the white streak from coloring, deeming it the lesser of two DeVils. My brother has it too, but all he gets are comments on how it’s ‘distinguished’. Damn double standard.

Well, I’m retired now, and no longer have to worry about corporate politics. I decided it was time to have done with it, and bring my hair to its now natural color – whatever that ends up being.

I’m lucky to have a phenomenal stylist, who truly understands my hair. It’s the same coarse, thick, frizzy hair usually found on the American Bison, and there is a whole lot of it. My mother calls it “Buffalo Hair”, and it’s not in a good way.  KC has been able to work magic with it all these years, because she is a genius, and that’s what geniuses do. I floated the idea by her, she embraced it enthusiastically, and we booked a 4 hour appointment for the following month.

Here’s step 1. Layers of super-bleach color blaster separated by foil strips from a color ‘shifter’ to give some depth. Poor KC spent over an hour weaving this nasty stuff into my hair. In the end, I looked like I was about to develop conspiracy theories, and the smell would stun anyone within 30 paces. The deer-in-the-headlights look shows my panic. It just got real.

After marinating for a bit, it was time to wash it out. Then the real discussion arose. In this next photo, you see KC (on the left) and her fellow stylist Denise consulting on what to do next. Yeah, I was a bit concerned, and that’s not a smile – it’s a grimace. 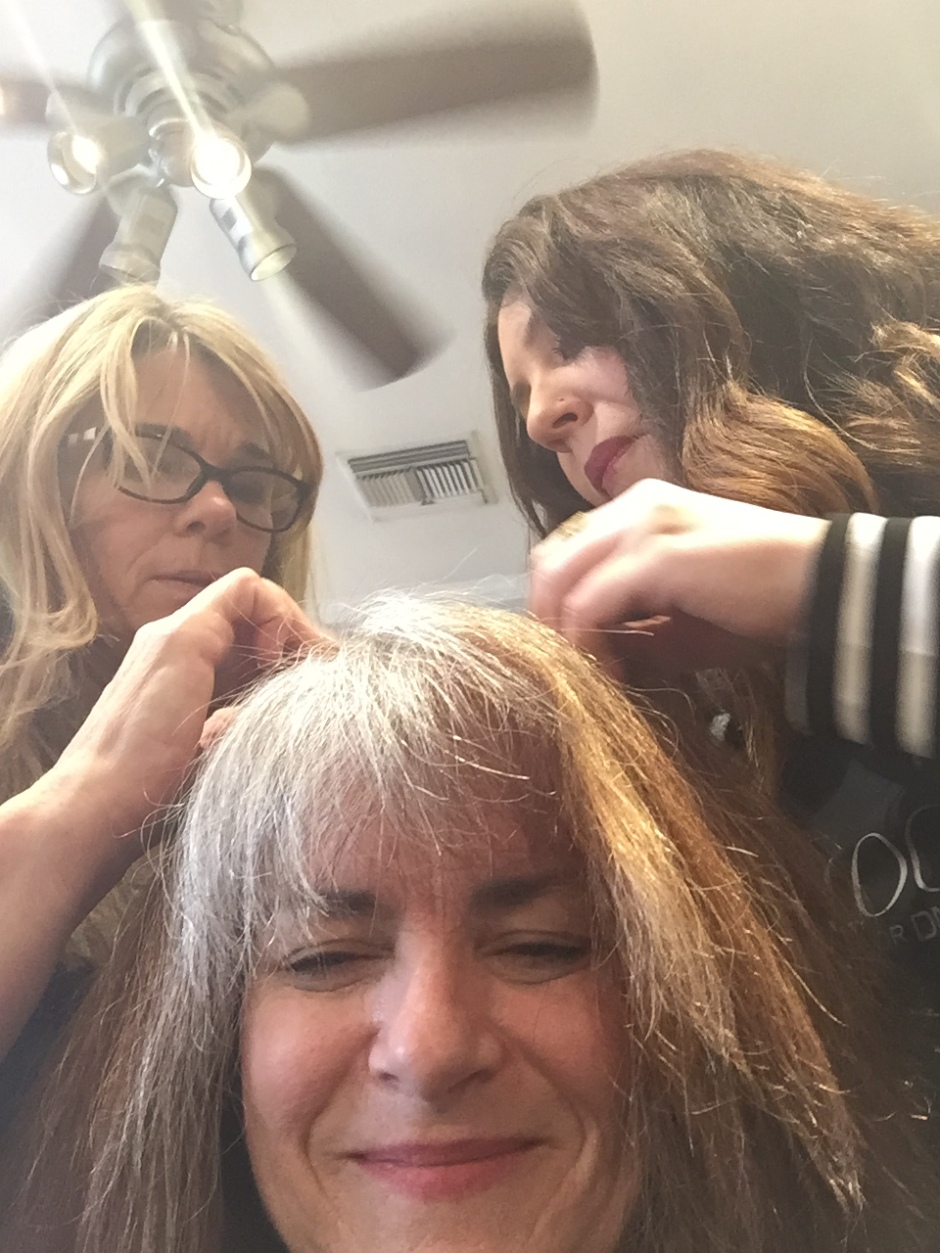 What surprised them the most was the fact my hair was undamaged from the brutal treatment it had just received. Apparently, you can’t kill this stuff. I’m sorry to say the coarse frizziness above is it’s natural state when it’s been blown straight, not the result of the chemical beating. We Irish are a hardy people, and our hair is no exception. I now had two options – go with a grey toner and have done with it, or do something drastically different.

I went with different.

We decided on a series of pale golds and rose golds, and a platinum on my white streak that surprisingly took and softened the whole effect. The result thrilled not only me, but KC too. Like I said, she’s a genius.

When I got home, there were bright smiles on the faces of both my Hubs and son, and they gave it their unqualified seal of approval. I sent a picture to my parents, and Mom said even she liked it. Boom.

I’ll keep my profile picture for a bit, so you can see the difference. I’ll probably add a bit more blonde over the coming months, but I absolutely love it. I never thought I would do this – NEVER – but I love the excuse to have “Blonde Moments” going forward. I’ll leave grey for my 60’s. Or perhaps my 70’s.

It’s just going to take a while before I get used to this stranger in the looking glass. But I must say, I do love her hair.