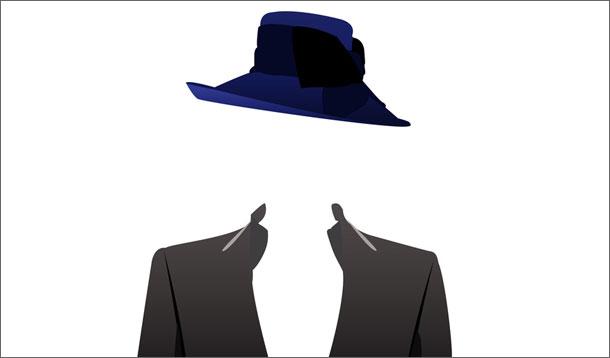 I went to the local Apple Store on a Friday morning with a smile on my face, a song in my heart, and with full intent to purchase a fully loaded, 27 inch iMac with Retina display and an iPhone 6. In fact, I was pretty chipper about it. I didn’t just order it online because I had a few questions about the difference in the graphics capabilities of the two options on the iMac, wanted to see it in action on the screen, and talk to someone first. I also like to give people a chance to earn a commission on something that is high-ticket. I walked up to the iMac table and stood in front of the one that closely resembled the unit I wanted.

It wasn’t that busy, but not one free sales associate would come to help me.  Instead, they were all busy having serious conversations with each other, or looking at their iPhones. One sales guy leaned against the table next to the one where I was standing, arms crossed, looking all around the room. I looked at him and lifted my eyebrows, in the internationally recognized signal of Shopper Who Needs Help. That look has worked in 30+ countries, but Hipster Salesdude briefly looked at me and didn’t move until a 20-something  guy came up next to me and then he launched into a rehearsed speech about the differences between the Thunderbolt and Retina displays. Turns out the guy just wanted a new iPad cover. I thought perhaps he would turn to me next, but no. Salesdude walked away and returned to his table-leaning, joking with an equally free sales gal who apparently had a hot date set up for tonight. I was invisible.

I know when I am being purposely ignored, and this was it. In fact, I’ve been ignored by experts – just ask any of their ex-husbands. There I was, ready to drop over $4,000 on the spot after I got a couple of questions answered, but to the employees of this Apple Store, The Old Lady wasn’t worth the time or effort. I refused to go up and beg for help, when the result would be getting patronized by a Salesdude younger than my son.

I gathered the tattered shreds of my dignity and walked out.

I’ve heard similar stories from other friends, all about how too many people in the US can’t see past how long you’ve been on this planet. Older doesn’t mean poor or old-fashioned. Older doesn’t automatically turn people invisible. The current culture of Youth Worship permeating retail and consumer electonics industries is ignoring a very large, and very wealthy group of people who are ready to buy. Those of us in the over 50 group should be a very sought-after demographic if you look at the numbers, but in many cases, we aren’t. Our kids are grown and off the payroll, we’ve had careers, and we have money to spend. What’s not to love?

Too many negative assumptions are made based upon a person’s age. In the Apple Store, I could tell the assumption about me was ‘a silly mom who is going to ask stupid questions and not understand anything I say’. Bucko, I have news for you – it doesn’t work that way in real life. I’ve been a corporate executive dealing with stuff way more intricate than this, and your mother probably knows a lot more about technology than you think.

It wasn’t just me getting this treatment. While I waited for someone to acknowledge me, I saw another Apple salesdude helping a woman about my age and her 18 year old son as they were looking for laptops for college. The salesdude only talked to the son, and completely ignored the mother, who looked pretty frustrated at the treatment. Why don’t they train these people that the mom is the one who’s paying for the laptop, not the teen? She soon told her son they were leaving and they walked out. Straight across the mall to the Windows Store. Good for you, lady.

Successful businesses train their employees to spend their sales calories where they’re going to get the most return. I spent a very long international flight once next to the CEO of a company that sold training programs to luxury brand companies, and in our conversation, I learned a lot about how that industry works, and the importance they place on determining a serious customer from someone who just wants to chat and look important. Smart sales people know their commissions depend on being able to make sales, and sell the expensive stuff, and many make very good livings doing it.

Here’s a case in point: After I left the Apple Store, I went into Nordstrom to pick up something I needed for a social event, and stood by the cash register for less than 30 seconds. A sales associate by the racks took one look at me, and saw the same thing the Apple Salesdude saw – a middle aged lady waiting for assistance. She couldn’t rush over to help me fast enough. I walked out with my purchase, and a business card with her cell phone so she could put something away for me from the upcoming fall collection. Nordstrom built their very considerable business on being able to spot Disposable Income at 50 paces, and they do it well.

I may buy the computer online, but I may not. This experience was so unpleasant, I am going to look at other options. The manager of that Apple Store has a lot to learn. Maybe he or she should walk over to Nordstrom and watch true professionals in action. Or look for another job.